TV manufacturers and the media are very good at convincing us that the latest products incorporate the most cutting edge technology and are a must have. Lets get real here, to the average consumer most of this jargon is just down right confusing.

A new range of LED TVs that have hit the market with a big buzz. Samsung have crept through the backdoor and have released the 7000 series range boasting LED technology.

Thats great…but what is this LED technology thats being boasted.

The term ‘LED’ stands for Light Emitting Diode and as you may well know LEDs are used in many of our devices at present, however in terms of the current line of LED TVs, the actual LEDs are used for the backlight of the TV ONLY and not the tv display themselves. If you consider that current TV technology uses CCFL (Cold Cathode Fluorecent Lamps), there ia no doubt that an LED backlight is a more efficient form of backlight.

However, the important point here is that the LED television’s display is actually LCD (Liquid Crystal Display), it is the backlight only that is made up of LEDs. So there are two major technologies at use here; LCD for the display and LED for the backlight. In essence a more advanced form of LCD TV.

When you compare this technology to a true LED display TV. Displays such as OLED (Organic Light Emitting Diode) will self illuminate, utilizing an internal thin layer of LED for its display only.

The fact that the ‘LED tv’ term has been used to describe a type of LCD TV is a cunning move on Samsungs part, but genius in terms of marketing, since it capitalises on the current buzz in the TV market of true LED display TVs such as Sony’s XEL-1 OLED TV.

Now that we’ve established that this is LCD TV with an LED backlight, lets look at how this new range of tv improves on current TV technology such as plasma and standard LCD in 3 key areas:

Quite simply, the picture quality has been improved over standard LCD and Plasma, because the range of colours have increased. The utilization of Light Emitting Diodes as a light source instead of traditional lamps provides a higher contrast ratio because the LED produces blacker blacks and whiter whites, this is the key to achieving quality images on screen.

Since no provision for a conventional light source is required, LED TVs can be made ultra thin, this makes for a thin, sleek, more attractive model.

If you are in the market for a TV now and want a picture quality in advance of current standard LCD and Plasma ranges on the market, then you cannot go far wrong with an LED TV.

However, if you are in no hurray to purchase a television at this present time and require a tv with technology that will keep it at the forefront of cutting edge, in terms of LED technology, OLED tv is the real deal. Laser TV is another option to explore.

Both are emerging technologies and require patience as they find their place in the market with the correct size screens for your home. These TVs may also require you to dig a little deeper into your bank balance.

The moral of the story is to understand the technology behind theproduct in great detail before you part with your money, the choice is yours……

Will Caulderwood was born in London.
Educated in Computing and Technolgy. He started his career in IT before moving into a career in consumer electronics for the last 10 years.

For more info on OLED TV and any other OLED based hardware please check out the site: OLED TV – Explained Simply 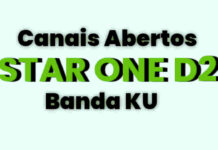 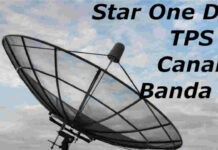